Now that the umbrella of "protection" by corrupt officials and law enforcement evaporated once President Trump took office many unscrupulous officials, judges, attorneys, cops, etc. will be investigated and prosecuted . Peter Zanoni  is once such dishonest, unethical, corrupt person.

Zanoni has an annual salary of $204,750 and was the City's Budget Director when he joined in other City witnesses providing sworn testimony under oath in court that it was legal to wander over to the IT Department and pick up millions of dollars when you wanted any money or if your department ran out of money  during any budget year with no public input, no city ordinance, no Council vote, no Finance Dept. approval, no taxpayer oversight, etc...... 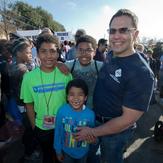 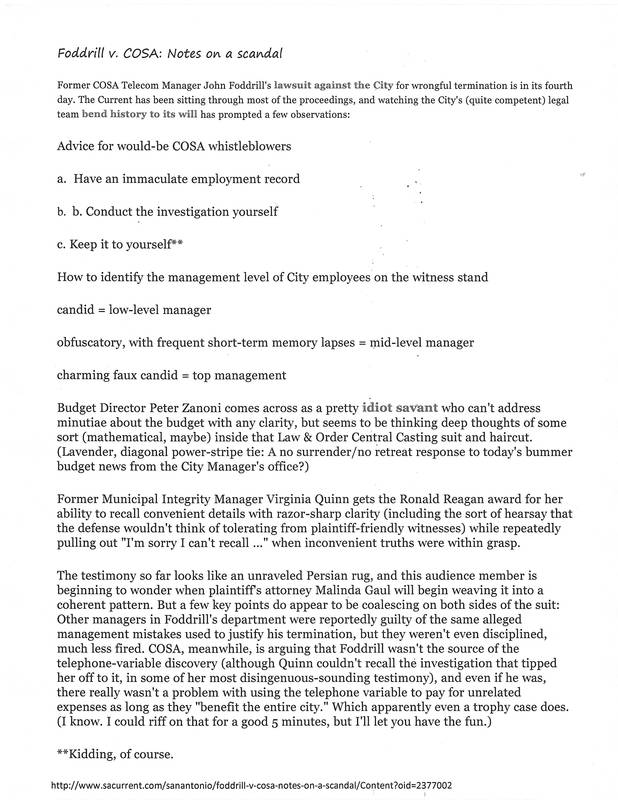 SA Current Editor Elaine Wolff believed that Zanoni came across as an idiot savant when he testified under oath in Court while helping conceal three decades of fraud/theft involving tens of millions of dollars .....Municipal Integrity Manager Virginia Quinn is noted for having selective amnesia while spouting lies about the Telecommunications Manager.